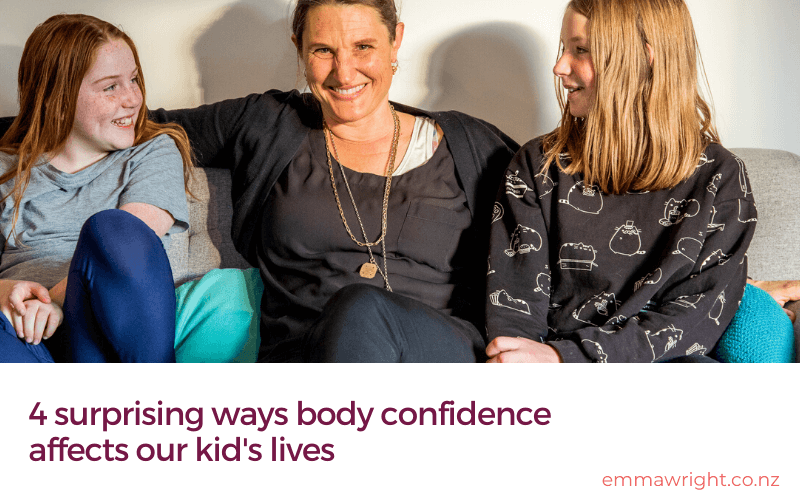 Last week I was talking with the infinitely cool and equally smart Angela Barnett. 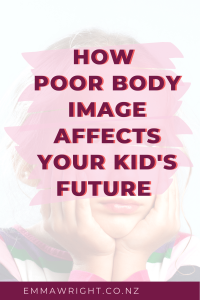 If you don’t know her, she works for the “Y” helping make the world better for young women. This naturally means she’s hot on the topic of body-image and is fiercely advocating for schools to add it to their curriculum. As you might imagine, the two of us can talk for hours. But there is one tack the conversation took that is worth highlighting here because as a parent, it’s information gold.

I realized, while we were talking, that even I (who have my head buried in the world of body image research) had been looking at body-confidence from too narrow a perspective.

Opening up my view has made me even more excited about parents practicing the 10 Principles of Body Confidence and why they are worthy of our time.

So what was it that got me all fired up? Anglea and I talked about areas of child development that body-confidence plays a role in. There are four overarching themes. The first one will come as no surprise but the other three might. 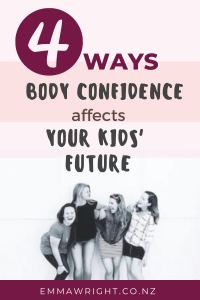 Let’s tease each one out.

One: The way we eat and how we move

I’m not going to talk much about that here, because I talk a lot about it in other articles. Suffice to say that the more body-confident we are, the more likely we are to have a good relationship with food and exercise. Having a disordered relationship with these things can lead to poor long term health outcomes, including gut issues, inflammation, poor concentration, lowered metabolism etc.

Two: Our ability to contribute to society

When we feel like something is wrong with the way our body looks or works it can lead to feeling isolated and unaccepted by our community. Poor body image has been shown to be why people don’t speak up in class or later in life, at work. It’s also been shown to be a reason why people don’t even apply for a job, or sometimes, even more heartbreakingly, not show up to an interview. You can see the flow-on effects of this, right? Feeling like you can’t even put your hand up in class because you’re too fat or too ugly or just plain wrong doesn’t bode well for any of us. I mean, not only is the owner of the voice feeling unable to contribute, everyone else is missing out on the potential gift that the individual has to share.

You’ve probably clocked the notion that poor body-image can lead to eating disorders. But again, I’m not going to bang on about that now. If you’ve followed my work for more than a nano-second you’ll have heard me say that anorexia has the highest morbidity of all mental health issues, so it’s worth taking seriously. And…poor body image can lead to a much wider set of mental health pictures than just disordered eating.

It is a major player in low self-esteem, anxiety and depression.

Ironically, there is a lot of talk about how ‘healthy eating’ can make a difference to mental health. I’m not disputing the idea that eating a diet rich in nutrients can help. And still, it’s ironic.

Ironic because teaching ‘healthy eating’ to kids (and adults too) can be done in a way that triggers anorexia, bulimia, orthorexia (an unhealthy obsession with healthy food), not to mention anxiety and depression. So the way we teach our kids about nutrition and exercise matters. I talk about why teaching healthy eating in schools can go pear-shaped in this video. And I talk more about how to approach food and exercise at home in my book, Raising Body Confident Kids.

Four: Sexual health including the ability to say no or speak up during sex

I often use the analogy that saying food is only for fuel and nutrition is like saying sex is only for procreation. I go on to say we are designed to enjoy food and that the pleasure food brings us is just as healthy as enjoying sex even when you have no intention of conceiving a child.

But that’s not what I’m talking about here. In fact, this is the first time I’ve raised the point that good body image is instrumental in keeping ourselves safe (not to mention really enjoying ourselves) in our sexual relationships. Kids that have high body-confidence are far more able to say no or not now, as they start out exploring their sexuality. Those with good body confidence are far more able to take it slowly and only go as far as they are comfortable with.

I want this so much for my kids, I can feel it in my toes.

If you’re like me (and the 100s of other mothers I’ve talked with) and want your kids to develop good body confidence, I hope you don’t wait. The seeds of discontent get sown young. Sometimes indicators don’t show for years. The 10 Principles of Body Confidence are straight-forward and designed to make parenting easier, not harder. A great first step is to grab the Body Image Toolkit below (which includes a printable of the 10 Principles).

Like what you’ve just read? Sign up below for the free 10 Principles of Raising Body Confident Kids PDF, plus weeklyish coaching emails. 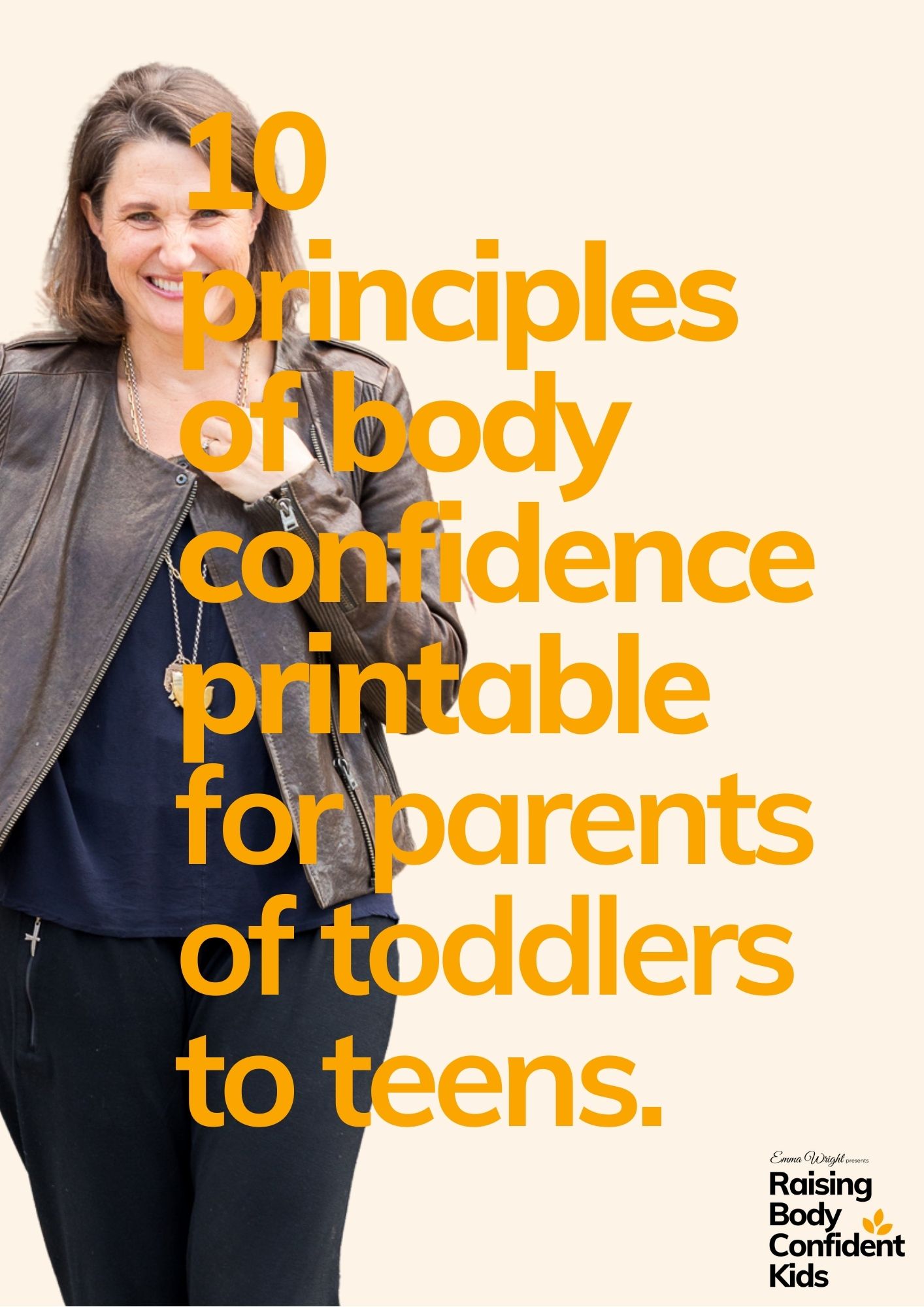 Should we teach ‘healthy eating’ in schools? The 5 dos and don’ts of complimenting kids

The 5 dos and don’ts of complimenting kids